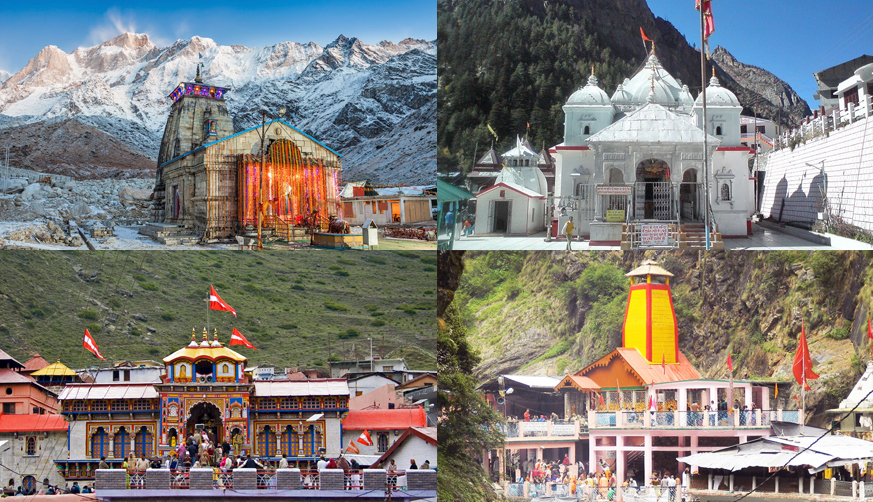 Char Dham Yatra is holy journey to the Four dhams, Yamunotri, Gangotri, Badrinath and Kedarnath in the Garhwal Himalayas India. For every Hindu, Char Dham Yatra is a journey of a lifetime. Since thousands of years people have undertaken this pilgrimage for Moksha or Nirvana. 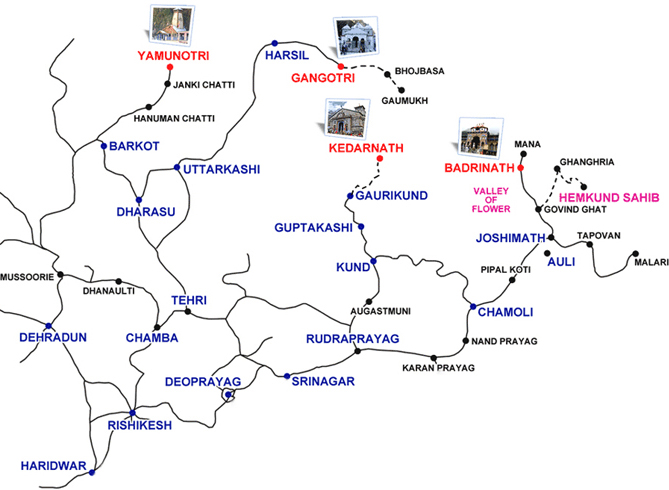 Our Char Dham Yatra Tours from Delhi is a private tour which delivers comfort and convenience for you and your family. You can modify this tour the way you like and get a custom made Char Dham Tour just the way you want. 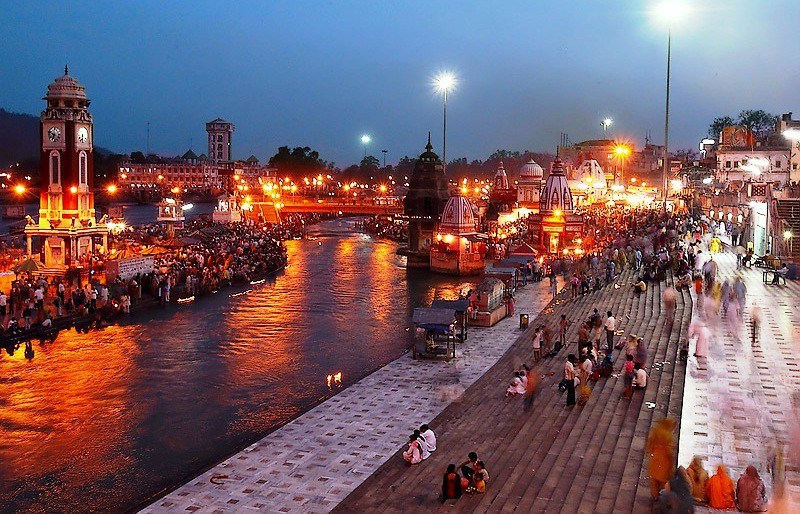 We will drive from Delhi to Haridwar and check in at hotel, relax. In the evening visit Harki Pauri for Aarti ceremony of mother Ganges. Return to hotel. An overnight stay.

After breakfast leave to Barkot. Check in at camp. An overnight stay. 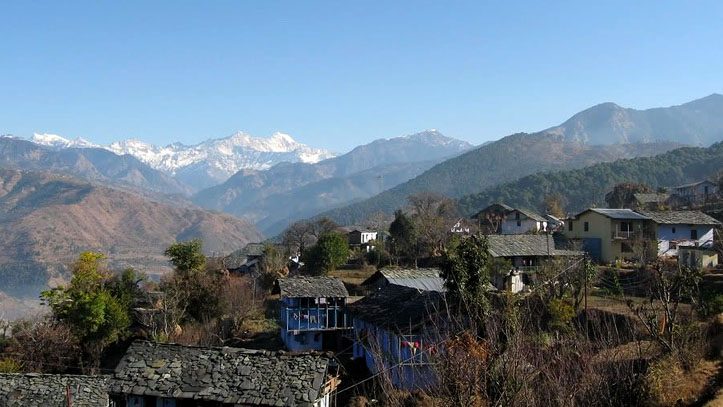 Barkot is an ideal destination to stay for pilgrims of Shri Yamunotri, It is situated 45 Kms before Yamunotri temple, from where panoramic views of the Bandarpunch Peaks can be seen.

Early morning after breakfast, drive to Janki chatti, start trek to Yamunotri 6 kms. You have an option to either walk or hire Pony or by Doli at your own cost.
After taking bath in Surya Kund (hot spring) visit Yamunotri temple “Darshan” and Pooja of pious “Yamunaji” at Divya Shila.

Return to can an overnight stay. 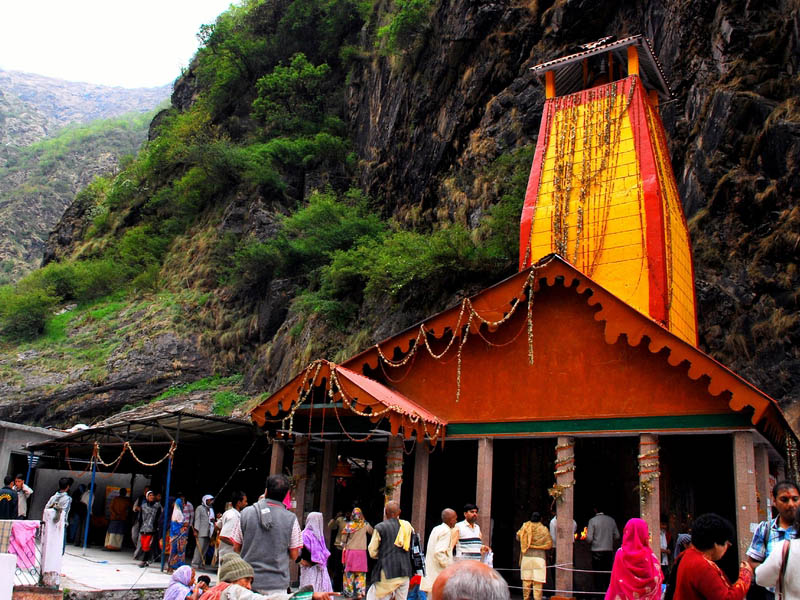 Yamunotri Temple – Situated at 3290 meters above ocean level. The Yamunotri Dham is the first hallowed destination of the Chardham Yatra. This Dham is committed to Goddess Yamuna, who regarded be as a daughter of the Sun God, Surya Dev. According to the mythological stories and convictions, the Yamunotri Dham was an isolation of a sage Asti Muni. For the duration of his life, the Asti Muni every day showered in both Ganges and Yamuna. Be that as it may, in his old age he didn’t have the enough energy to reach Gangotri, yet his great deeds paid off and a flood of Ganges showed up inverse to Yamunotri for him. This fanciful story adds to the otherworldly worth of the Dham. 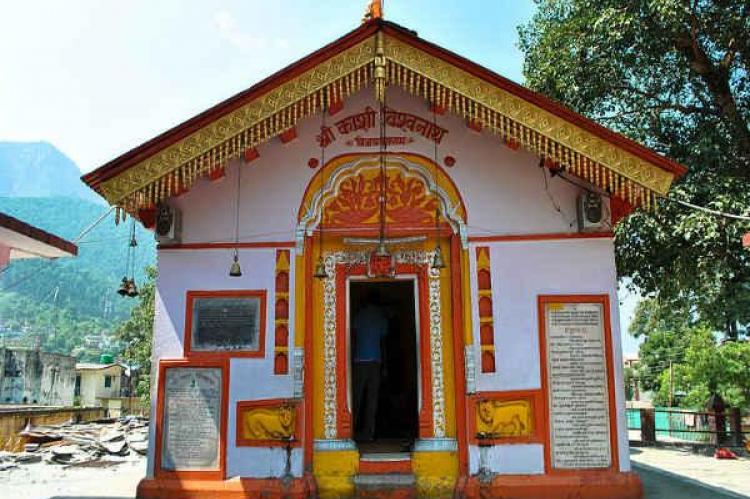 This morning after breakfast, check out from hotel and drive to Uttarkashi. On arrive check-in at the hotel. Later visit Vishwanath Temple. An overnight stay.

After breakfast, we proceed to Gangotri en route enjoy picturesque Harsil valley, Bhagirathi River and the most magnificent view of the Himalayas. Reach at temple Darshan and perform pooja. Thereafter we drive back to hotel. Night stay.

Gangotri – As per The Hindu mythology, Goddess Ganga – the daughter of Lord Brahma , showed herself as a waterway to acquit the transgressions of King Bhagirath’s forerunners, taking after his extreme retribution of a few centuries, and Lord Shiva got her into his tangled locks to minimize the gigantic effect of her fall. She came to be called Bhagirathi at her incredible source. Along the right back of Bhagirathi stands the sanctum of Gangotri devoted to the Goddess. Roosted at a stature of 3042 meters (10,000 ft), it was developed in the mid 18th century by a Gorkha Commander, Amar Singh Thapa. 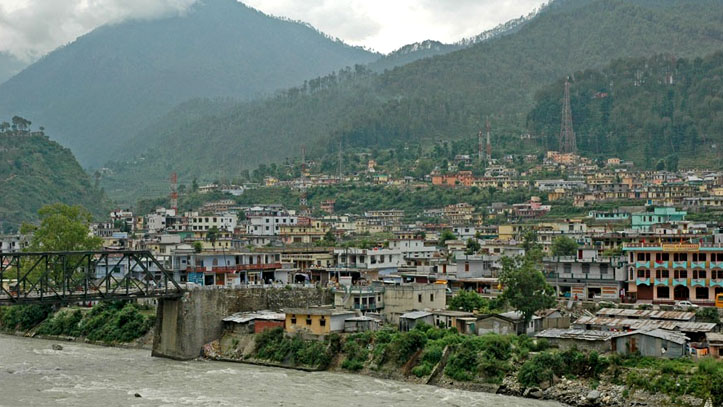 After breakfast, check out from hotel and drive to Guptkashi reach and check in. An overnight stay.

Early morning at 6:30 report to helipad. After performing pooja and Darshan, fly down. Reach and later you will be transfer to hotel. Night stay. 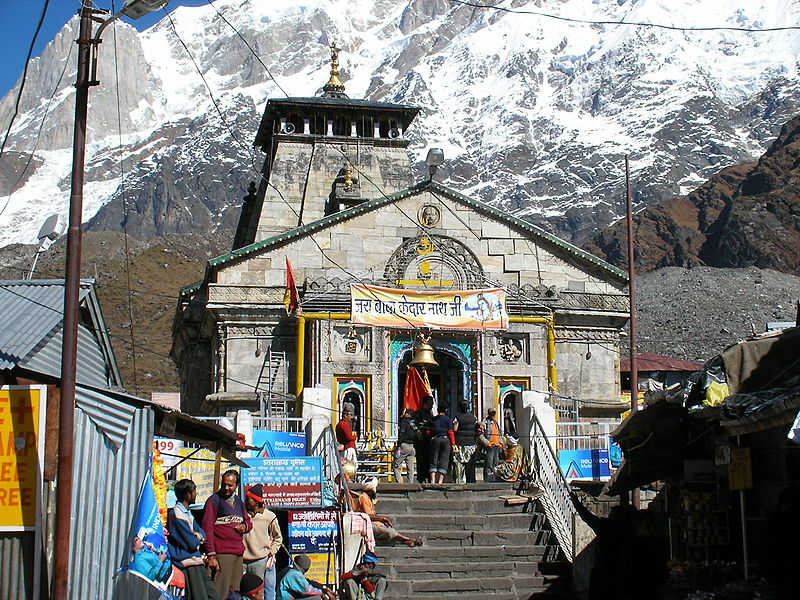 Kedarnath Temple The 1000 years old temple with a carved exterior is located in a courtyard protected by Nandi bull. This spot has great significance in the legendary Mahabharata epic. Inside the main sanctum is one of the 12 naturally formed ‘Jotrilingas’ of India. The temple has carved shapes of the Pandavas, and Lord Shiva. 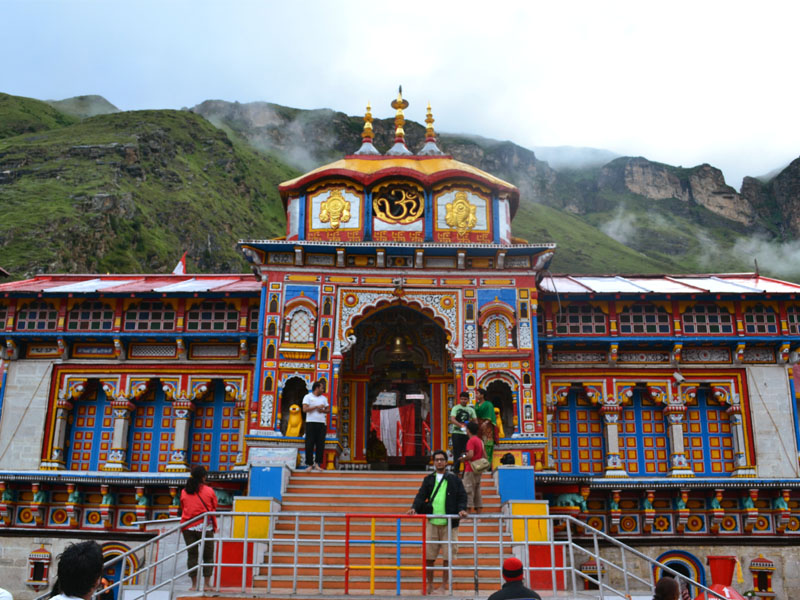 After breakfast, check out from hotel and drive to Badrinath. On arrive check – in at hotel.

Badrinath temple – It’s so great to take in the way that this sacrosanct destination which is being dedicated to Lord Vishnu has been committed to humankind. The area where Lord Vishnu pondered under a Badri tree for thousand unremitting years and taught us a definitive method for welfare of humankind is exceptional on the planet. Today, this temple is considered as one of the holiest Hindu temples and is additionally one of the 108 Divya Desams, sacred holy places for Vaishnavites.

Day 09: Badrinath – Rudraprayag (160 Kms / 06 Hrs)
After bath in the Taptkund visit & Darshan of Badrivishal. Brahamakamal is significant for Pinddan Shraddh of ancestors (Pitrus). There are other interesting sightseeing spot like Mana, Vyas Gufa, Maatamoorti, Bhimkund and the “Mukh” of the Saraswati River. Just within the three kms of Badrinathjee. Later drive to Rudraprayag. On arrive check –in at hotel and night stay. 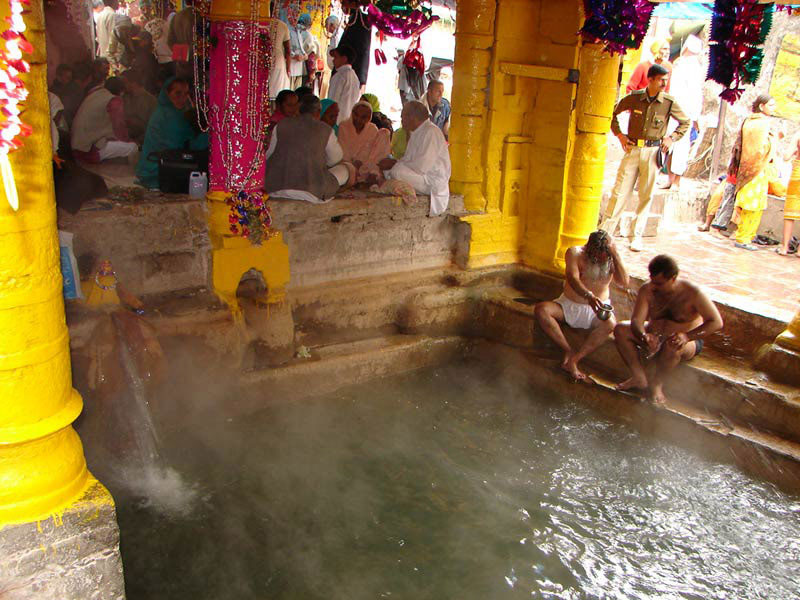 Tapt-Kund Just beneath the Shree Badrinath Ji temple lies the Tapt Kund hot sulfur spring that has a high therapeutic worth. It is a freshwater pool with the washing region of 16.1/2 feet by 14.1/4 feet. Despite the fact that the typical temperature of the spring is 55°c, the temperature of water continues expanding continuously amid the day. A dunk in Tapt Kund is viewed as a decent restorative cure for skin illnesses.

Narad Kund is arranged close Tapt Kund. It is accepted that the Badrinath icon was acquired from this kund. Narad Kund boiling hot water spring is situated under the Garur Shila and holds a therapeutic worth. Fans take a plunge in this kund before entering the Badrinath sanctuary for Darshan of Lord Badrinath. 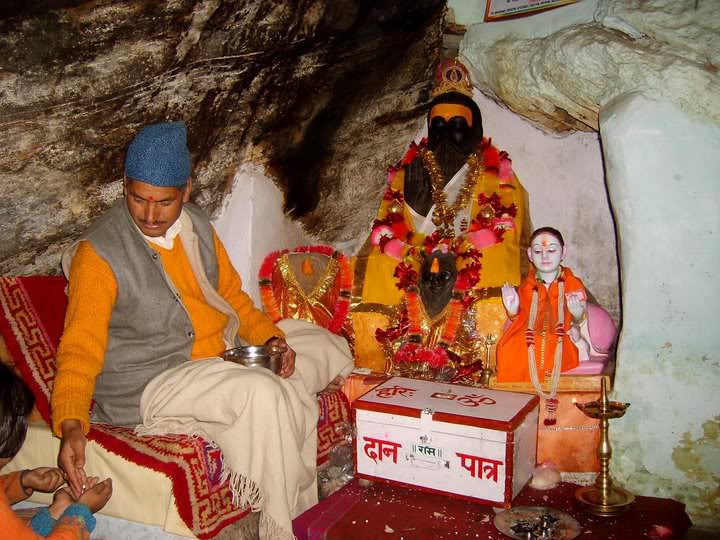 Vyas & Ganesh-Gufa cavern is situated in the Mana Village alongside numerous different caverns. It is accepted that in this cavern Ved Vyas directed his acclaimed epic of Mahabharat to Ganesh and accordingly it has been named Vyas Gufa. There is an icon of Ved Vyas indicated composition the granth (epic book) inside this hole.

Beginning Source of Saraswati River – Manibhadrapur which is known as Mana village, the beginning source of river Saraswati. Bhimpul (bridge) according to myth it is build by Bhima during period of the Mahabharata. 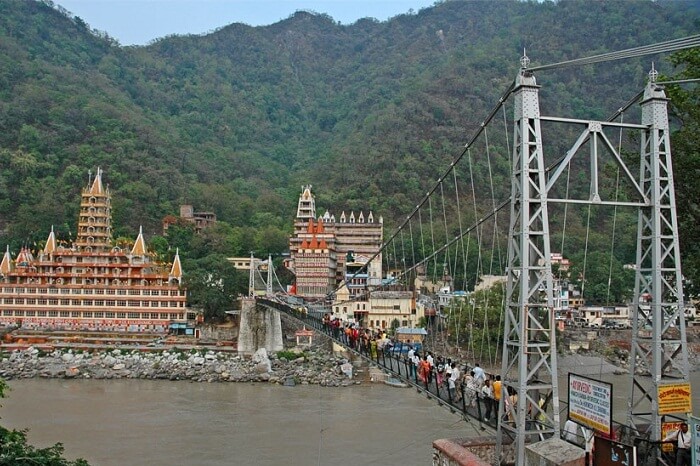 Check in at hotel. An overnight stay.

Today you will continue our journey towards Delhi.