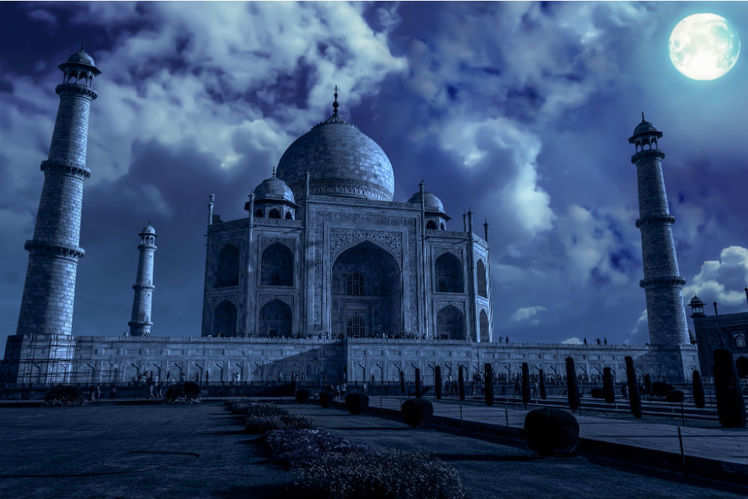 “The Taj Mahal rises above the banks of the river like a solitary tear suspended on the cheek of time.”  ― Rabindranath Tagore

Sorrow was never so beautiful. India’s Taj Mahal, fashioned from marble and heartbreak, was built by Mogul emperor Shah Jahan as a tomb for his beloved consort, Empress Mumtaz Mahal, who died in childbirth.

There is no better way to experience Taj other than a Moonlight tour. It is for lovers, poets, writers and people who value richness of emotions. Plan this tour with the one you love and we promise that you will cherish those memories forever. 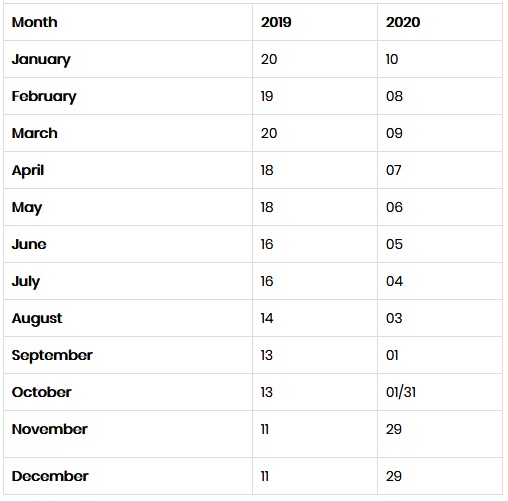 We will start early from Delhi Hotel/Airport/Home and drive to Agra. We will visit Sikandra on our way to Agra city. Upon arrival at Agra we will check-in at the hotel. 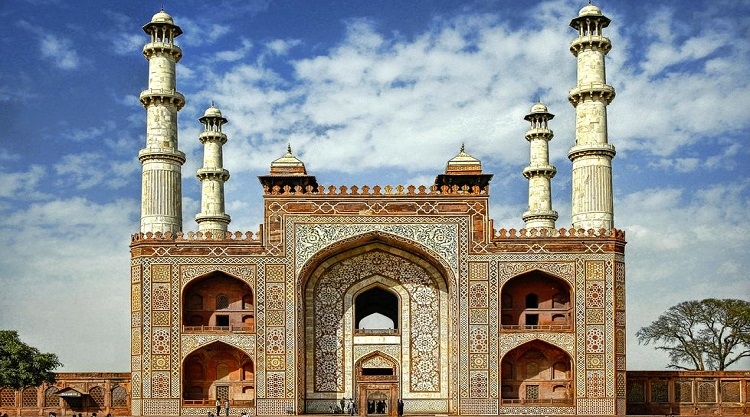 Later we will visit the famous Red Fort of Agra, where Shah Jahan was imprisoned by his son Aurangzeb, after a brief struggle for power. It is from the Red Fort that the old emperor gazed upon Taj Mahal, the tomb of his beloved queen Mumtaj. 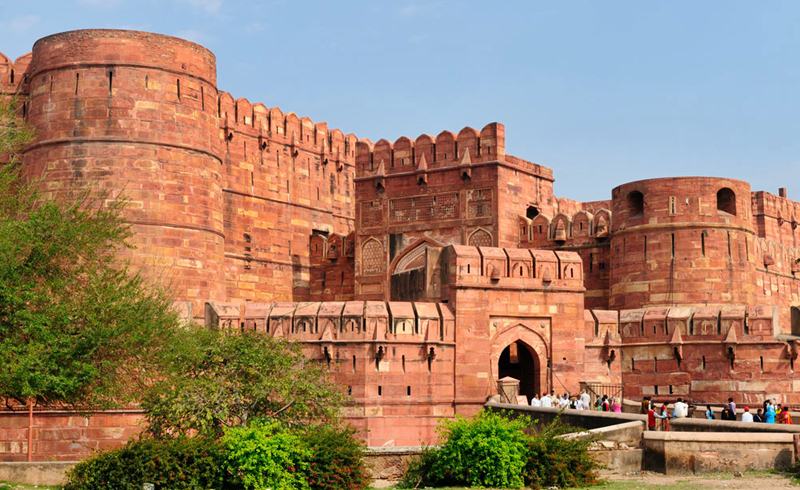 In the Night we will proceed to Taj Mahal, which was constructed between 1631 A.D and 1654 A.D. The construction is said to have been done by a workforce of 22,000 and took some 20 years to complete. 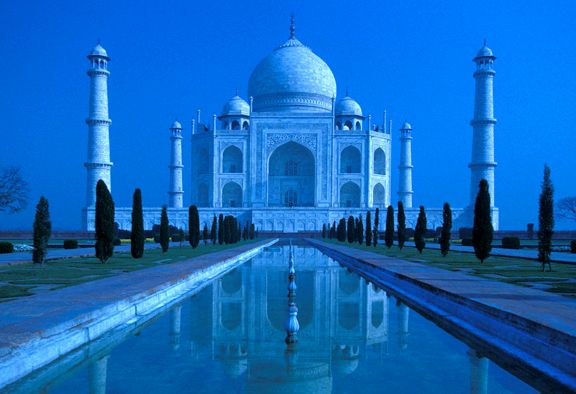 * Only 5 nights per month are allowed for Taj Mahal Moonlight Tours, 2 days before and 2 days after full moon night date.

* The time for viewing is from 8-30 p.m. to 12-30 in eight batches of 50 persons for half an hour duration. The visitors of the night viewing of Taj Mahal have to report at Shilpagram complex half an hour in advance of the viewing time.

* The night viewing tickets of Taj Mahal should be purchased one day in advance of the date of night viewing.

After spending some enchanting moments at Taj, we will drive back to the hotel for a good night sleep. 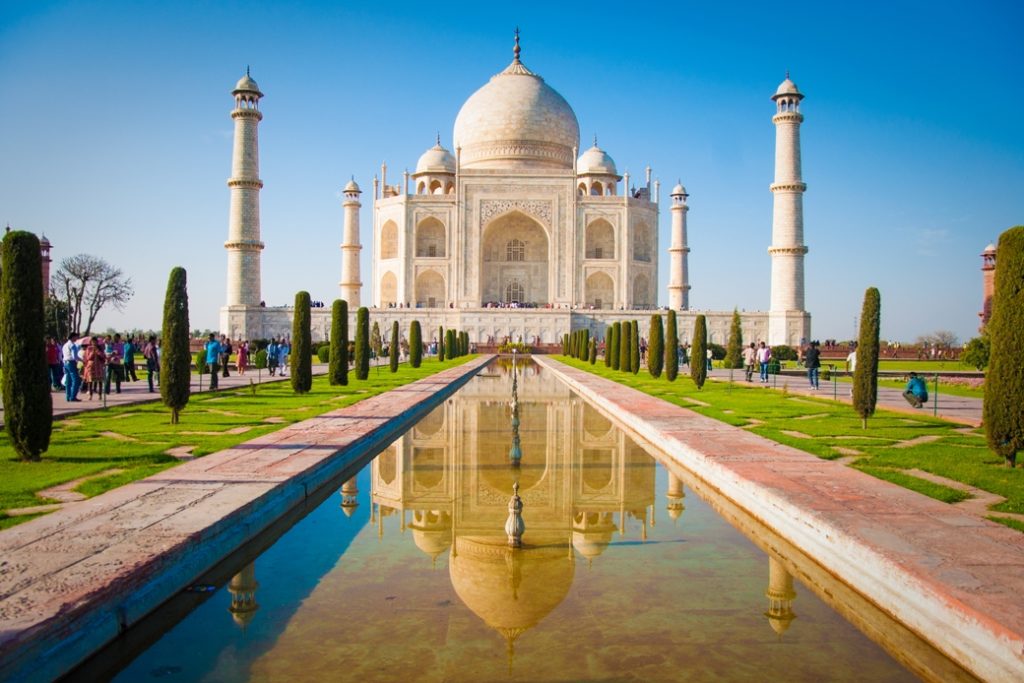 After breakfast, if you desire, we will visit Taj Mahal again or drive to Delhi. On the way we will visit Fatehpur Sikri, the abandoned mughal city. 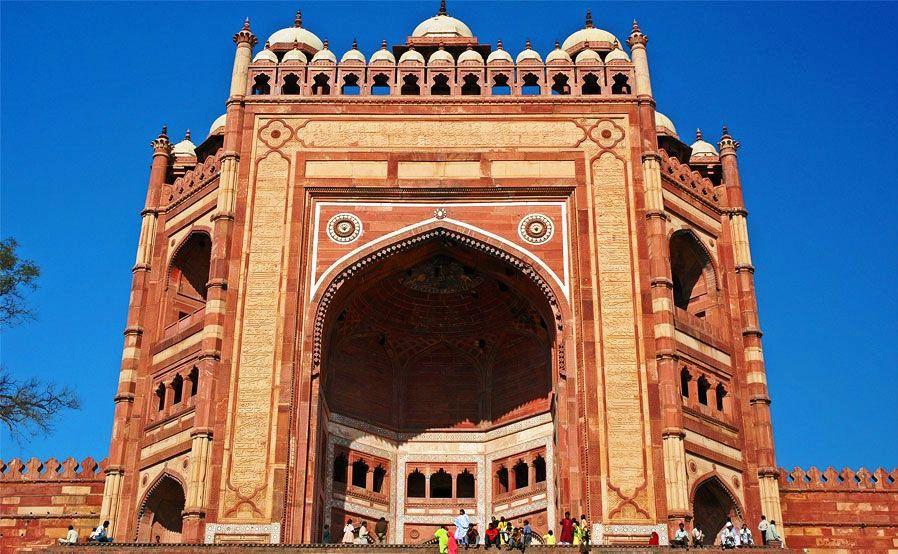 The story goes that Sheikh Salim Chishti was a Sufi saint who blessed the Akbar with his first son and heir, who was named Salim after him and later came to be known as Jahangir. Fatehpur Sikri was planned as a great town by Akbar with great care and planning in the honor of Sheikh Salim Chisti but had to be abandoned after fifteen years due to acute shortage of water.

We will reach Delhi around 5:00PM. Drop at Airport/Hotel/Home.