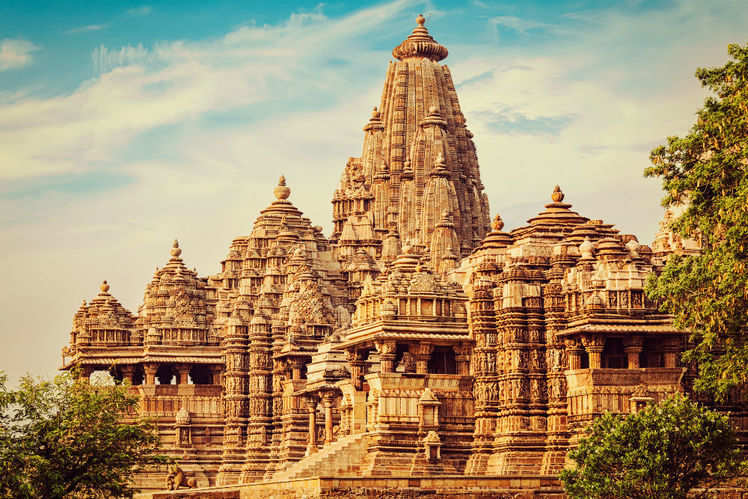 The Khajuraho Group of Monuments is a group of Hindu temples and Jain temples in Chhatarpur district, Madhya Pradesh, India, about 175 kilometres southeast of Jhansi. They are a UNESCO World Heritage Site. 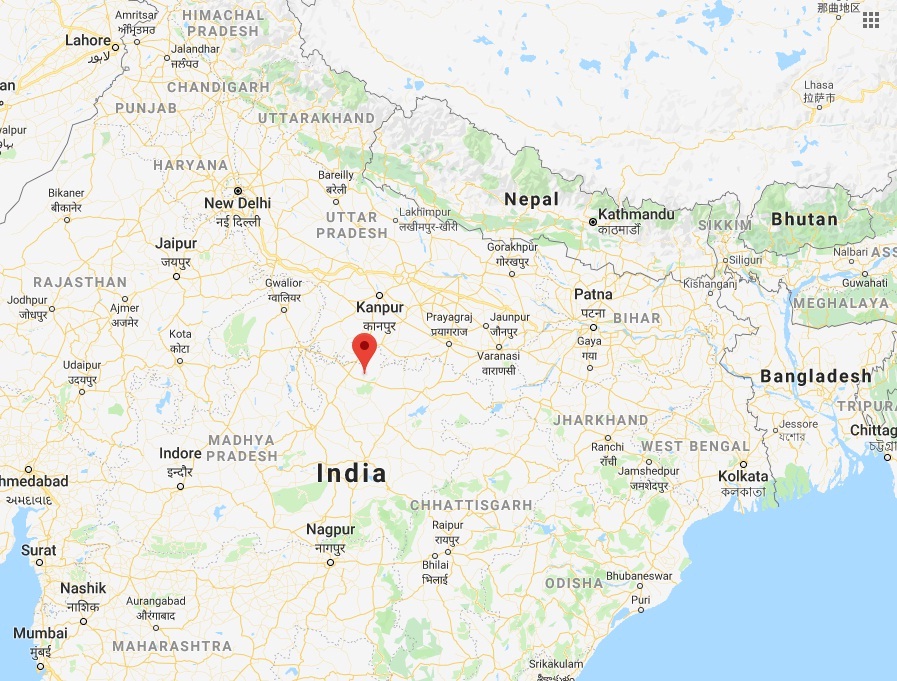 The Khajuraho group of temples were built during the rule of Rajput Chandela dynasty. They started building the complex as soon as they rose in power throughout their kingdom, which later came to be known as Bundelkhand. Most temples were constructed between 950 and 1050 AD during the reigns of Hindu Kings Yasovarman and Dhanga.

As per the legends, the temples had, as their gate, two golden date-palm trees. And this is how Khajuraho was derived from the word ‘khajur’, which means date palm.

According to folk tales, Hemvati was a beautiful woman, after whom the Khajuraho temples were built. One day, when she was bathing in a pool in Benaras, the Moon God was swooned by her beauty, and could not wait any longer to see her. They conceived a child and named him Chandravarman. However, she feared that her child might have to face harassment as he was born out of wedlock. She was so distressed that she cursed the Moon God, who later prophesied that the child will grow up to become a great king.

Just like the prophecy, the child indeed grew to become a great king, who founded the Chandela dynasty. One day, after Hemvati passed away, her son saw her in his dreams, where she asked him to construct temples that would depict human passions.

Khajuraho had 85 temples until the 12th century. When during the 13th century, central India was seized by the Delhi Sultanate, some of the temples were destroyed and the rest left in neglect. Now, only 22 temples managed to survive and stood the test of time. 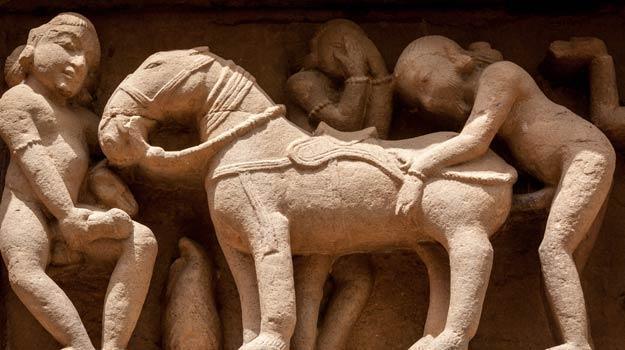 Quite interestingly, only 10 per cent of the carvings on the temple complex depict sexual themes. The rest of the cravings depict everyday life of the common man that existed during those times. While some sculptures display women applying makeup, there are others that showcase potters, musicians, farmers, and other common folks. 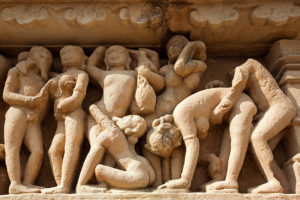 The Khajuraho Group of Monuments is a group of Hindu temples and Jain temples in Chhatarpur district, Madhya Pradesh, India, ...
Read More 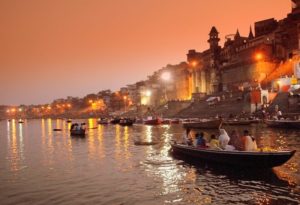 If you have ever wondered "what is the purpose of life?" then this North India and Ganges Tour is just ...
Read More
(Visited 443 times, 1 visits today)